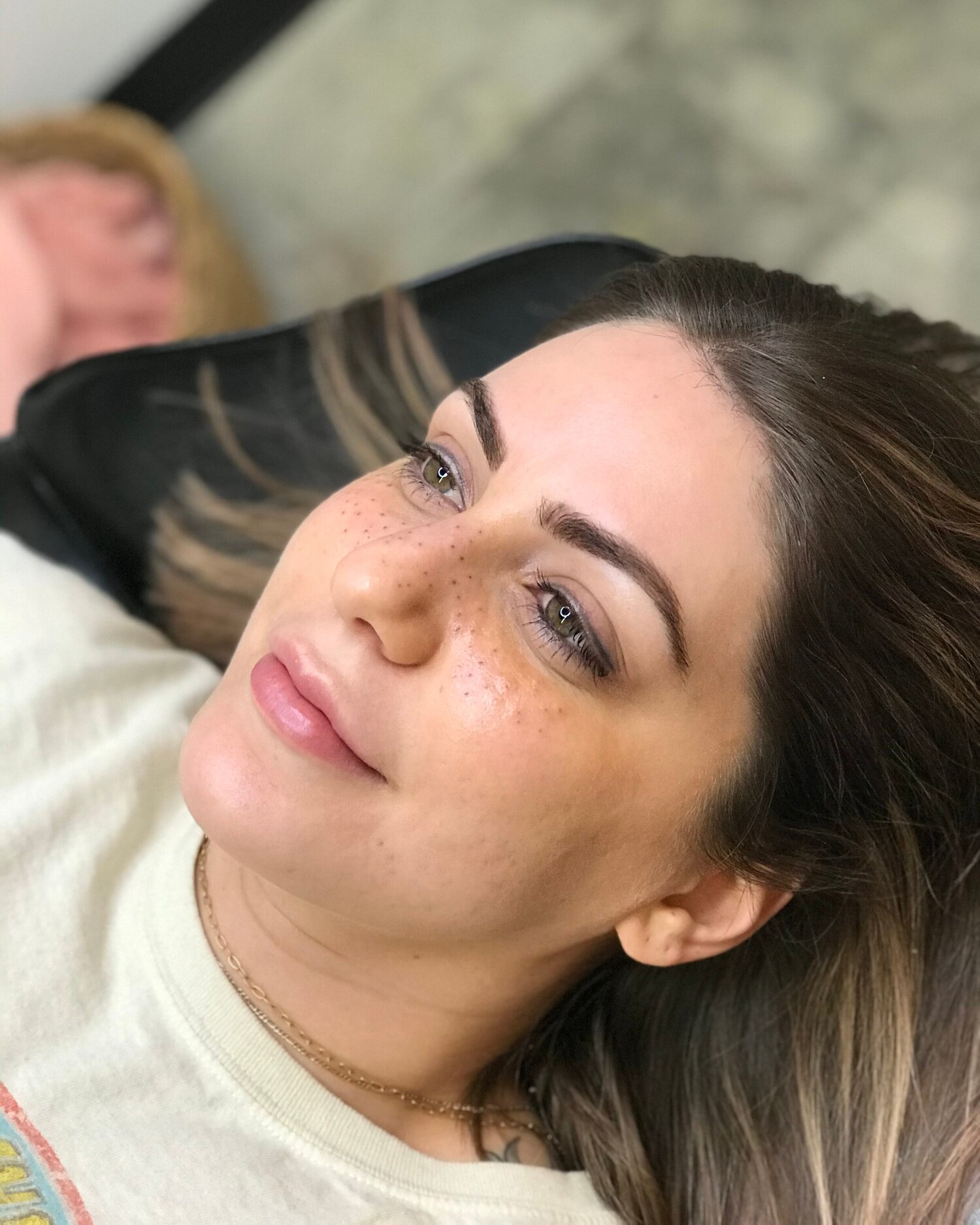 IDK about you but I’m that person who always wanted the opposite of what I had growing up. I always wished I needed glasses, really wanted curly hair, and always wanted freckles. When I was younger, I used to draw them on with my mom’s eyeliner pencil! More recently, I’ve been using Freck to draw them on because my life wasn’t a cute IG freckle filter. 🙁

A few months ago, I stumbled across an Instagram post that completely gave me life – a girl was showing off the new freckles she had just gotten tattooed on! SHOOK. I wanted them so bad, but just couldn’t picture committing to something as permanent as a tattoo on my face. But after doing some research, I found out that they could be microbladed on (the same way your brows can be microbladed), making them semi-permanent and a lot better for my indecisive mind.

WITHOUT ANY FURTHER THOUGHT, I booked an appointment with Alicia at Arch and Glow LV and was laying on that chair a few weeks later!

Alicia started by numbing my face (literally the same process as microblading) for about 20-30 minutes. Once the numbing cream was wiped off, I was totally numb across my cheeks and nose. She drew on the freckles with a marker and I was able to add/remove as desired. We went for a really subtle look, focusing more on the nose and only taking them out to about half-way of my cheeks. I figured it’s easier to add more later on than it would be to remove and it wouldn’t be as drastically shocking this way!

Should You Use Retinol In Winter?