Fashion designer Pierre Cardin was a supreme innovator – for 70 years, he ripped up convention and captured the zeitgeist. His thirst for the new and surprising was never satisfied.

He will be remembered for his futuristic designs – some were inspired by the space age, some were even impossible to wear.

He carved his own way through the fashion industry. Parisian haute couture had always been exclusive – its high priests believed it should be high-end, individually tailored and eye-wateringly expensive.

Cardin broke the mould. He launched “ready-to-wear” collections, bringing high fashion to the middle classes. His designer peers were aghast, and threw him out of their club.

In the 1950s, men wore traditional suits which made the young look like their fathers. Cardin threw out the boxy jackets and stiff white shirts, creating a revolutionary look for a new, progressive generation.

Gone were the bulky details; collars, lapels, tails and cuffs. Trousers were tapered and hung loosely on the hips.

In an instant, young men had their own identity; smart, sleek and nothing like their dads. The Beatles, amongst others, were quick to recognise Cardin as “one step ahead of tomorrow”.

He expanded into ladies’ couture, restaurants, perfume and furniture. He established global licensing agreements that put his name on everything from ballpoint pens to fancy watches. It brought fashion down from Olympus and gave it to the masses.

By 2018, the man who had once been the youngest designer in Paris had become the oldest. But even in his 90s Pierre Cardin was still putting models on catwalks, seeking new ways to capture the future before it exists.

“The clothes that I prefer are those I invent for a life that doesn’t exist yet – the world of tomorrow”, he said.

Pietro Cardin was born, to French wine merchants, near Treviso, Italy on 2 July 1922. He was the last of 11 children.

His parents took one look at Mussolini and fled back to France. They wanted young Pierre to be an architect but, even as a child, it was clear his interests lay in fashion and design.

They found themselves in Vichy, under the heel of the Nazis. Cardin learned his trade as a tailor and worked alongside the Red Cross.

One day, a fortune teller read his cards and told him he would be exceptionally successful; his name known as far away as Australia. He thought she was crazy, but asked her if she knew anyone in Paris where he wanted to work for a fashion house.

She gave him a name. Having nothing to lose he set off, stopped a man on the street to ask directions, only to find he was the man she had mentioned. Crazy, it might have been, but it was beginning to feel a lot like fate.

He showed up at Paquin, one of France’s leading fashion houses, met the legendary film director, Jean Cocteau and began working on his costumes for Beauty and the Beast. Impressed, Cocteau introduced him to Christian Dior.

Within five years, Cardin was well-known enough to set up on his own. Dior helped him open a boutique, called Eve, on the rue Faubourg Saint-Honoré. He designed a bubble dress; tight at the waist, billowing at the thigh and narrow at the hem. It became an overnight, global sensation. His client list included Rita Hayworth and Eva Peron.

In 1959, his ready-to-wear collection for women at the famous Printemps department store in Paris made his fellow designers choke on their croissants. For his heresy, they expelled him from their trade association, only to invite him back when they saw his success.

His relationship with the other gods of fashion in that golden age, like Yves Saint Laurent, was never easy. “They looked down on me, you know,” he said. “I would invite them out, but they would never invite me back.”

He opened a men’s boutique, called Adam, full of the collarless jackets that Lennon and McCartney were soon to wear on stage. He gathered every triplet in Paris to launch a children’s collection, continued making costumes for film and TV and fell in love with space.

He found the Apollo space programme deeply inspiring. He began using new materials; vinyl, silver fabric and big zips. He moulded hats from plastic, echoing an astronaut’s helmet and his dresses grew sleeves orbiting the arms, emblazoned with circle motifs in tribute to the Moon.

His 1964 collection was a landmark statement for another reason. It put both men and women in tunic and hose, anticipating all later trends towards unisex dressing. He began putting his logo on all his designs, an industry standard today but something revolutionary back then.

The 1970s saw him launching lines of perfume and branching into industrial design. He did the interiors of cars and the outside of aircraft, sculptural items of furniture and porcelain crockery.

A maverick in marketing as well as design, the next two decades saw Cardin move ever more into licensing. He built his brand into what became an empire, that fortune-teller’s prophesy coming true.

“I’ve done it all,” he told the New York Times. “I even have my own water! I’ll do perfumes, sardines. Why not? If someone asked me to do toilet paper, I’d do it”.

He had hundreds of licences, employed thousands of people and made a lot of money. He was careful to say he carefully selected the products that bore his name; in reality it did dilute the brand.

The former King of haute-couture now had his name on boxer shorts in Wal-Mart. Sometimes he put his “P.C.” logo on in writing as small as he could.

“Pierre Cardin’s signature is almost as common as that of the American treasury secretary”, sniffed the Economist in 1989, “and as devalued as the dollar bills he signed.”

In 2011, Cardin tried to sell the business. He wanted a billion euros although it was probably worth a fraction of that. One problem was that neither he, not indeed anybody else, had much of a clue how much he was making – it was all so dependent on the licences. He ended up never selling.

In old age, he bought the Marquis de Sade’s castle and created a festival of lyric art. He opened a museum in Saint-Ouen, became a Goodwill Ambassador for the United Nations and presented spectacular new collections in Russia and China.

Of course, the once ground-breaking space-age designs of the 1960s are now museum pieces. Futuristic fashion, by definition, never lasts. But in a lifelong search for the look of tomorrow, Pierre Cardin brought cutting-edge design to the people and permanently changed the fashion industry itself.

He knew he had his critics, accusing him of chasing the money to the detriment of the brand. But he would point to the fate of other famous designers who produced works of greatness but ended life with nothing.

“I don’t want to die without a nickel – then 20 years after I’m dead, see others make a fortune from my name,” he told one interviewer.

“Look at me now, I am patron, artisan, propriétaire,” he would say, with all the sweeping self-confidence of a rich, global icon well into his 10th decade.

“Every day I work at my designs, and I control every cent.” 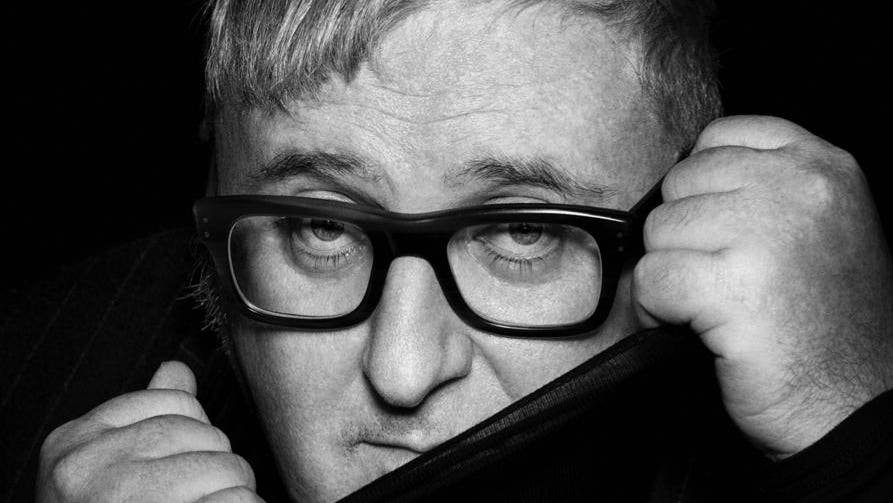 After Stepping Away From Fashion, Designer Alber Elbaz Returns With His Own House, AZ Factory 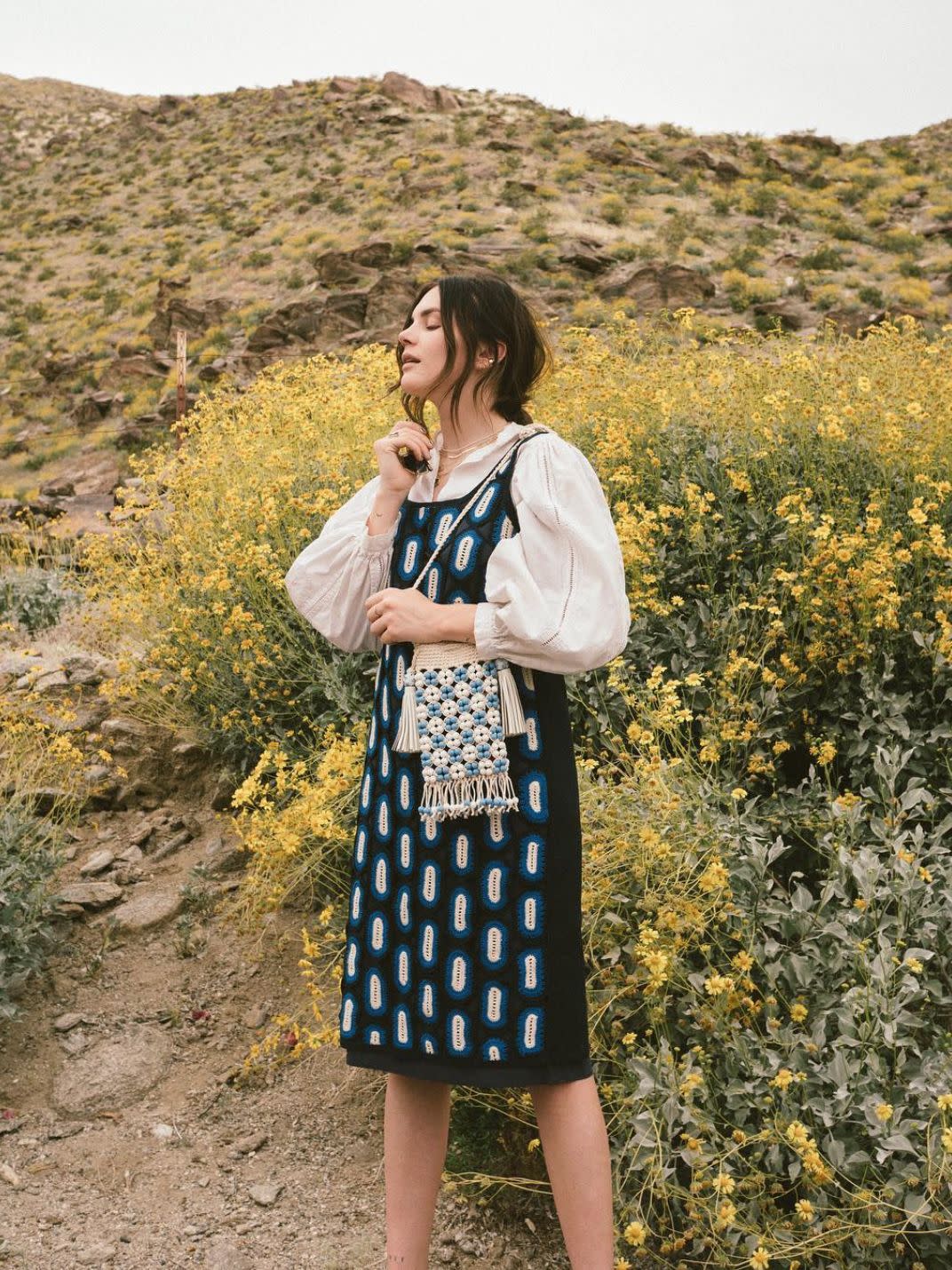 This Is What Bohemian Style Looks Like in 2020, According to Fashion Girls