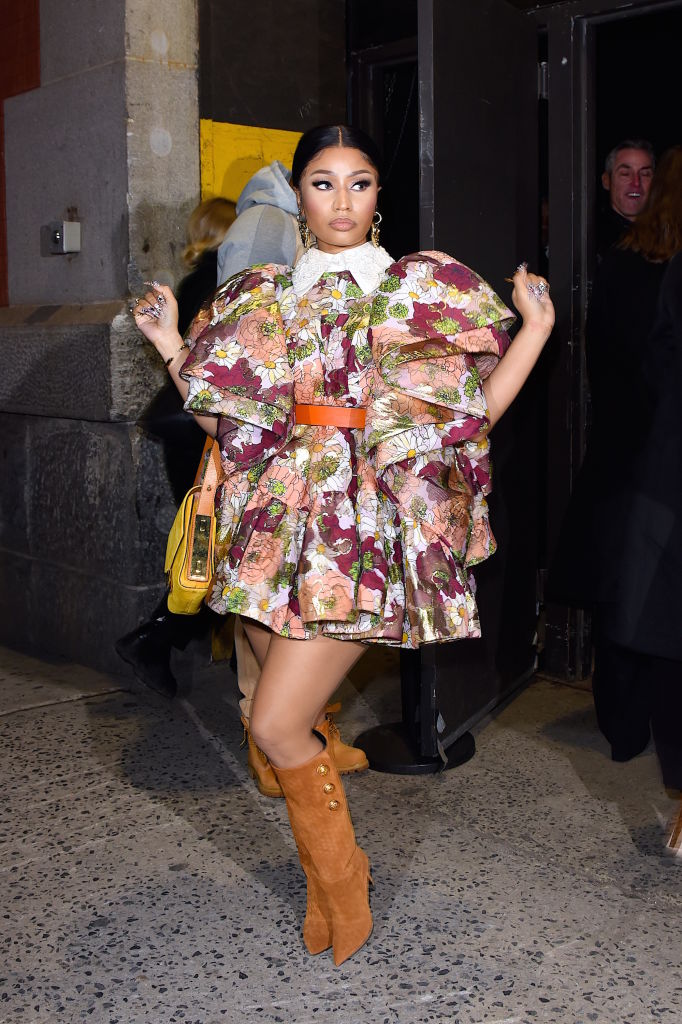 Lil’ Durk is still proudly promoting his boo’s cosmetic line any chance he gets and we’re absolutely here for this adorable display of Black love! Yesterday, the rapper stepped into Nicki Minaj’s IG Live where he couldn’t stop blushing while talking about his girlfriend and longtime love, India Royale.

During the conversation, Nicki asked the rapper,  “So, if you had to recommend some of India’s cosmetics to me, what would you recommend?” to which Lil Durk responded, “I know everything.” Without hesitating, he then proceeded to run down some of his favorite cosmetics from the line, saying, “She got one called  ‘Sugar Baby’ and one called ‘Wet’. Those are my favorite two.” Nicki then asked, “So what product is it?” trying to test Durk’s knowledge of the cosmetics but without messing a beat, Durk proudly responded with “Lip gloss.”

Durk then continued promoted the cosmetic line telling Nicki and all those watching about some of the upcoming product drops that are coming soon with India’s line, including a Valentine’s Day lip gloss drop called, “Smurf.”

Later on in the conversation, Nicki asked Durk what was his favorite thing about India to which he said, “Outside of looks, she respects herself. She respects herself as a woman.” Nicki then started clapping to show her approval of Durk’s answer.

Check out the IG live below.

Lil Durk hasn’t been shy about promoting India Royale cosmetics since the release of “In The Bible” on Drake’s latest album, in which Durk raps, “she only play me in the whip, India Royale cosmetic, I’m just promoted my b****, Drake song do a billion streams for sure, I’m just promotin’ her s***.” Since the album’s release, fans have been swooning not only over Durk’s public affection and support for India and her cosmetic line but also over the cosmetic line itself, which features lip gloss, lashes, and pastels for eyes and face.

5 Times Nicki Minaj Served Us Lewks On a Platter

Is Rihanna Getting Into the Hair Care Game?