Aircraft passengers are twice or even three times more likely to catch COVID-19 during a flight since the emergence of the omicron variant, according to the top medical adviser to the world’s airlines.

The new highly transmissible strain has become dominant in a matter of weeks, accounting for more than 70% of all new cases in the U.S. alone. While hospital-grade air filters on modern passenger jets make the risk of infection much lower on planes than in crowded places on the ground such as shopping malls, omicron is rapidly spreading just as more travelers take to the skies for year-end holidays and family reunions.

Business class may be safer than more densely packed economy cabins, said David Powell, physician and medical adviser to the International Air Transport Association, which represents almost 300 carriers worldwide. As before, passengers should avoid face-to-face contact and surfaces that are frequently touched, and people sitting near each other should try not to be unmasked at the same time during meals, he said.

What are the risks of infection during a flight?

Whatever the risk was with delta, we would have to assume the risk would be two to three times greater with omicron, just as we’ve seen in other environments. Whatever that low risk — we don’t know what it is — on the airplane, it must be increased by a similar amount.

What should passengers do to minimize the risks?

Avoid common-touch surfaces, hand hygiene wherever possible, masks, distancing, controlled-boarding procedures, try to avoid face-to-face contact with other customers, try to avoid being unmasked in flight, for meal and drink services, apart from when really necessary. The advice is the same, it’s just that the relative risk has probably increased, just as the relative risk of going to the supermarket or catching a bus has increased with omicron.

What about masks at meal times?

For a two-hour flight, it’s pretty easy to say, ‘just keep your mask on the whole time.’ But if it’s a 10-hour flight, it becomes pretty unreasonable to ask people not to eat and drink. What most airlines have been doing is encouraging, but not insisting, on customers trying to stagger their mask-off periods a little bit. 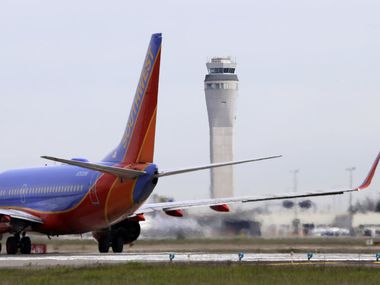 Would it be safest not to fly at all?

The greatest protection you can give yourself is to be vaccinated and boosted. The protection that you give yourself from an extra mask or a different type of mask, or not flying at all, frankly, is probably less than the benefit you would get from just being fully boosted. There’s a sort of a rule of thumb starting to appear, that essentially omicron loses you one vaccine dose of benefit. So, two doses against omicron is about similar protection to one dose against delta. That’s not established in hard science, but it roughly seems to correlate with what’s coming out in studies.

Is it safe for healthy passengers if an omicron case is sitting on the plane?

It’s an enclosed space, but it’s a leaky box, and we pressurize it by putting a huge airflow on one end of it, and then having an exhaust valve out the other end. So you’re sitting in a very high-flow airflow environment. It is an enclosed space, but that doesn’t shout ‘risk’ to me. An Irish pub with a fan in the corner shouts ‘risk’ to me, or a gymnasium with a whole lot of people shouting and grunting and sweating. But any flight you take does involve airports as well, which are a little bit less controlled. So, there is risk there. What can you do? Vaccination, testing, mask-wearing, distancing. Are surgical masks better than cloth masks? Yes, probably. On average, maybe 10-20%.

Most of the documented cases of spread in flight are from way back in March 2020 — before we had testing, before we had masks, before we had organized boarding procedures, before there was a high degree of awareness about not flying if you were unwell.

What about leaving middle seats on rows empty?

It’s incredibly appealing, intuitively. It does give a greater physical distance between you and the next person. But we haven’t seen that actually deliver a whole lot of benefit. But if there’s some cross airflow from the aisle to the window, or the window to the aisle, and you remove the person from the middle seat, you’ve helped the person who would have been in the middle seat. You probably haven’t helped the person in the next seat a whole lot, because it’s likely to drift across without the obstruction of that first person.

Southwest Airlines CEO Gary Kelly tested positive for COVID-19 following a U.S. Senate committee hearing on Wednesday, Reuters has reported. Kelly, 71-year-old CEO of Dallas-based Southwest, appeared in Washington next to the CEOs of American Airlines, United Airlines, the chief of operations at Delta Air Lines and the president of the Association of Flight Attendants-CWA.

What are the risks of infection at the airport?

The requirements for airflows on board are much more stringent than they are for airport buildings generally. The protections for the airline cabin are: everybody stays seated, facing the same direction, there are these physical barriers that are in the way, you have a high degree of airflow that’s by and large from ceiling to floor, minimal drift along the airplane, a little bit more drift across the airplane. Roughly 50% of the airflow is fresh from outside, 50% is recirculated, but when it’s recirculated, it’s HEPA-filtered, so it’s clean. Most of those aren’t present in the airport phase. You’ve got much more random movement, much more potential for face-to-face contact, you’ve got generally reduced airflows. Airport ventilation rates are a 10th, maybe, of what they are on the airplane.

What about children on the flight? How should families manage them?

The risk of severe illness to small children themselves from traveling is low, just because the risk of severe Covid is so low for children. It’s one of the unanswered questions with omicron. The risk is not so much to them. The risk is that they may be mildly infected, not know it, and potentially be spreading whilst they’re traveling. And so that is a risk. Getting them to keep a mask on is hard. The smaller they are, the harder that’s going to be.