The pandemic hit fashion’s biggest luxury players hard. But it hit Chanel worst of all, according to figures released by the French luxury giant this week.

Like its luxury rivals, the company suffered as stores closed in key markets and normally high-spending international tourists were grounded. Chanel was particularly vulnerable because a comparatively large proportion of its business is driven by sales of cosmetics and perfume that were hard hit by the decline in travel retail.

But the company faced another handicap: unlike brands such as Dior, Louis Vuitton and Gucci, Chanel doesn’t sell its core fashion and accessories products online, so when stores shut, consumers lost access to the brand’s most coveted items.

Though the company sells perfume, cosmetics and eyewear online (and saw sales on the channel more than double last year), its clothes, bags, shoes and jewellery remain available exclusively via its network of boutiques.

To be sure, Chanel still sold $10.1 billion worth of products last year. And sales are already back to double-digit growth, according to chief financial officer Philippe Blondiaux.

But the pandemic turbocharged online luxury sales and there is already evidence that the shift to e-commerce may stick, if not at lockdown levels then at least above sales volumes seen pre-pandemic.

In the last two decades, Chanel’s aversion to e-commerce has gone from mainstream to outlier, but the company insists there is no reason to change its strategy.

Chanel is in the business of selling a luxury experience, and that requires a personal touch that’s hard to deliver online, executives say. The company’s 206 boutiques and the interactions between its customers and fashion advisors are core to its strategy.

“Our focus continues to be on customer relationships in store,” Blondiaux told BoF earlier this week. “We want to protect the luxury experience for our clients by offering personalised relationships.”

The strategy also helps to maintain the perception of exclusivity that surrounds the brand: core Chanel products are not available to just anyone who has an internet connection and robust bank account.

The company is not completely alone in limiting its online offering. Hermès also restricts the availability of its most desirable products, like the Birkin bag. But it has embraced digital sales more widely, if quietly. While Chanel celebrates the primacy of its boutiques, Hermès has described its website as one of its “foremost sales outlets.”

Meanwhile, the market is rapidly shifting. The value of online luxury sales jumped nearly 50 percent last year to €49 billion ($58 billion), according to consultancy Bain & Company. That represents roughly a fifth of the market, still a relatively small slice, but double 2019 levels. As stores reopen, consumers will readjust, but last year’s trend is not expected to reverse. Bain anticipates e-commerce will become the leading channel for luxury purchases by 2025.

Online is fashion’s new battleground and refusing to do e-commerce is like going to war without a weapon, said Michel Campan, founder at H2O Consulting. Presenting a beautiful product to a consumer scrolling online, without letting them buy it is “the worst experience you can offer to the client,” said Campan, arguing it reflects an old-fashioned strategy that won’t resonate with the new generation of luxury consumers.

Its Instagram boasts nearly 45 million followers, on par with Gucci and Louis Vuitton. And Chanel appeared just below top-ranked Dior according to consultancy Launchmetrics’ latest measure of earned media impact. While digital touchpoints influence around 85 percent of personal luxury purchases, according to a May report from Bain and Italian luxury industry association Altagamma, human touchpoints, whether in-store or remote, remain critical to retaining customer loyalty, the report found.

Chanel has poured money into arming its sales assistants with digital tools like chat apps for personal shopping and video styling appointments that are intended to augment the customer experience and extend the atmosphere of a Chanel boutique online.

Personalised shopping experiences is an area where rivals are doubling down too. LVMH announced a major partnership with Google earlier this week, focused on leveraging artificial intelligence and machine learning to help power growth.

“Chanel can be successful without e-commerce,” said Zornitza Stefanova, founder and chief executive at BSPK, a customer relationship management app for brands and retailers. ”The future is totally digital, but I don’t believe digital is e-commerce only.”

There are signs Chanel’s strategy might be right. When the brand hiked prices last year, hordes of shoppers descended on boutiques in cities like Shanghai, Hangzhou, Guangzhou and Beijing in a bid to beat the higher price points. And as retail reopens in more and more geographies, Chanel sales have returned to growth over pre-pandemic levels.

“I don’t think Chanel is on the back foot; it doesn’t work with their philosophy to sell online,” said Erwan Rambourg, the author of a number of books on the luxury sector. Even if the company lost out on some sales last year, it still remains one of the most desirable brands in the world, and that’s intimately linked to the experience it offers consumers, Rambourg said. “They’re happy to leave some money on the table for the right reasons.”

Still, the company’s aversion to selling core products online is an increasingly bold bet in the face of the world’s great online migration that shows no signs of slowing. 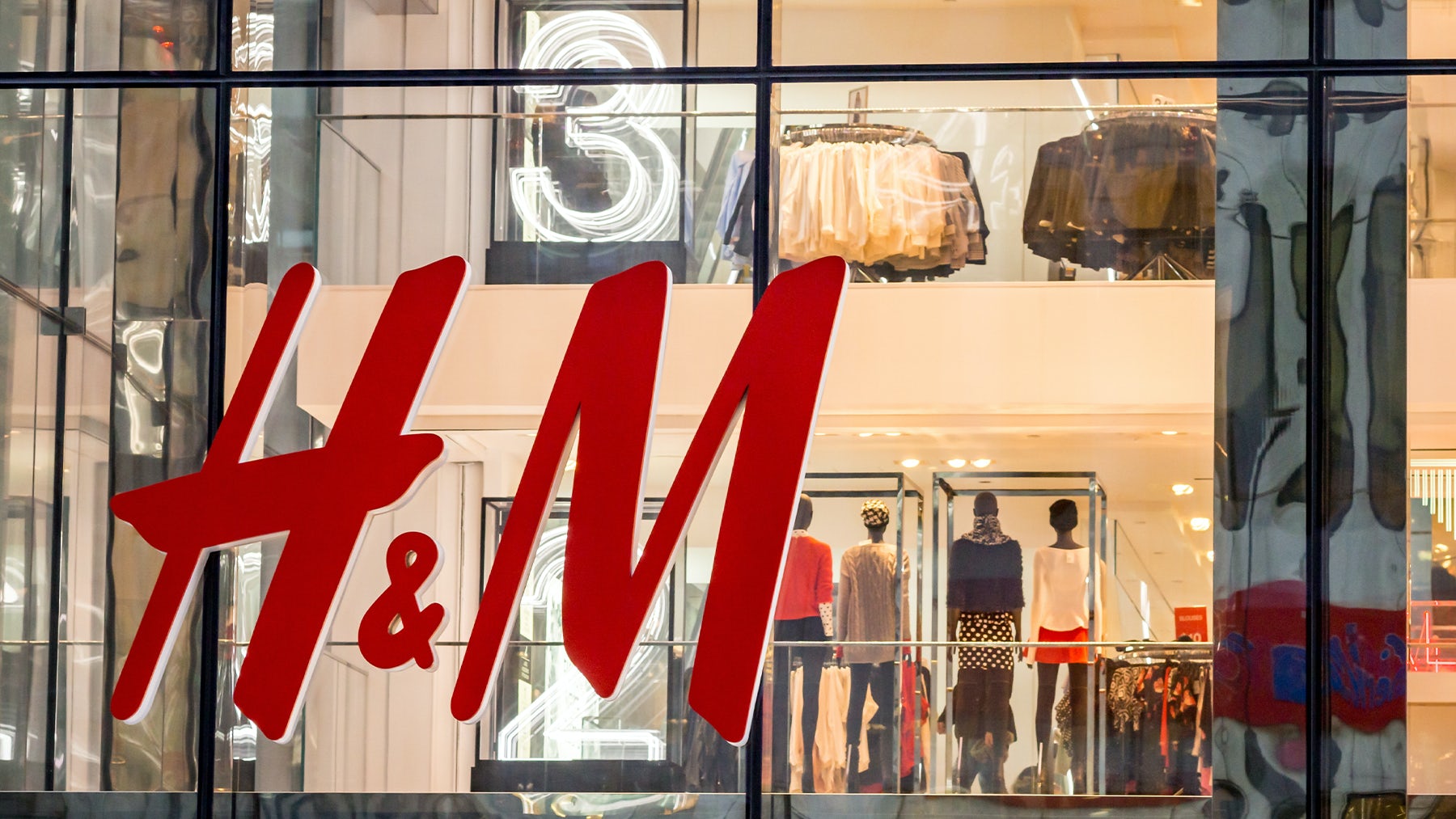 Report: LVMH assumes full ownership of Emilio Pucci. LVMH has acquired the 33 percent stake still owned by the Italian brand’s founding family for an undisclosed sum, according to a report by WWD. Laudomia Pucci, the company’s image director, will step down following the deal, the report says.

Gucci joins fashion’s new materials race. The Italian megabrand has developed a new alternative to leather. The material, named Demetra in reference to the Greek goddess of agriculture and harvest, is vegan and largely made up of plant-based materials.

Victoria’s Secret announces VS collective of brand advisors. The lingerie juggernaut is making a break with its signature marketing strategy by hiring a diverse group of women to advise and represent the brand. The company, which has come under fire for its workplace culture and the exclusive beauty standards its models represent, told The New York Times that it will no longer use images of its famous Angels

Dior and Sacai unite for first co-branded collection. The menswear capsule, which will launch in November, will include 57 pieces, including ready-to-wear, bags and accessories, with an amalgamated logo showing Sacai written in the “i” of Dior.

Erdem launches menswear line for Spring 2022. The British label best known for its romantic designs for women is moving to capture a slice of the $344 billion menswear market.

Aritzia expands to men’s with acquisition of activewear brand Reigning Champ. The women’s retailer announced it will acquire 75 percent of the brand, with a total enterprise value of $63 million, and acquire the rest of the business over the next five years.

Shein accused of trademark infringements. The Chinese ultra-fast fashion giant has been accused by multiple brands — among them, AirWair International, who make Dr Martens shoes — of intellectual property infringement, according to The Financial Times.

Online fashion retailer About You surges in trading debut. E-commerce company About You Holding AG jumped as much as 17 percent on its first trading day in Frankfurt, bolstered by investor expectations that easing lockdown restrictions will boost sales of its party and eveningwear. The listing valued About You at €3.92 billion ($4.67 billion). 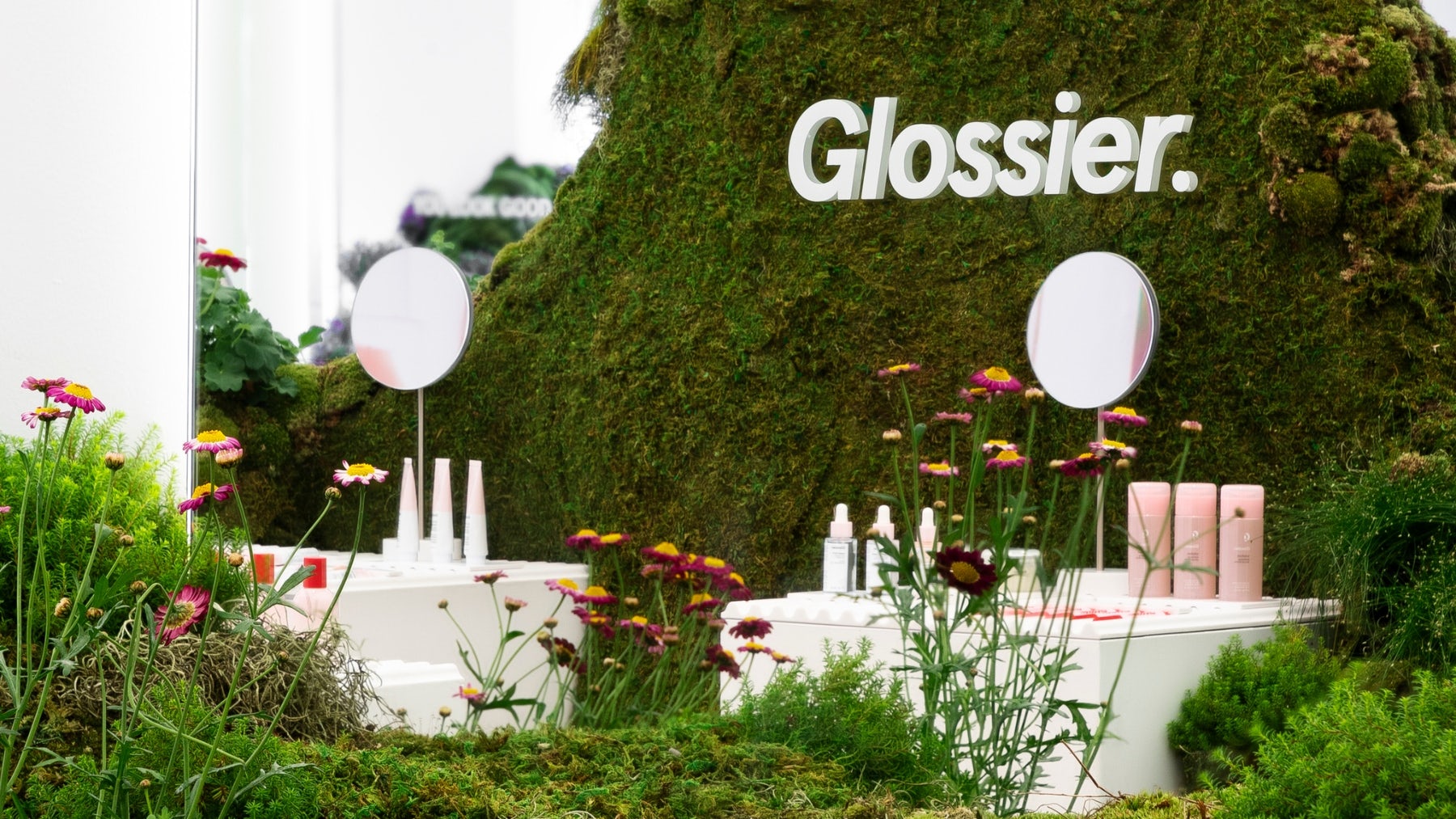 Glossier’s Seattle pop-up. The brand will open its first new permanent location in the city. Glossier.

Glossier set to return to physical retail, open stores globally. The company has ambitious retail plans, starting with the opening of three permanent stores during the second half of the year in Seattle, Los Angeles and London. A New York City door will open next year, as well as several more.

Unilever acquires skincare brand Paula’s Choice. The acquisition for an undisclosed sum feeds into Unilever’s strategy to develop its foothold in the fast-growing premium skincare market. 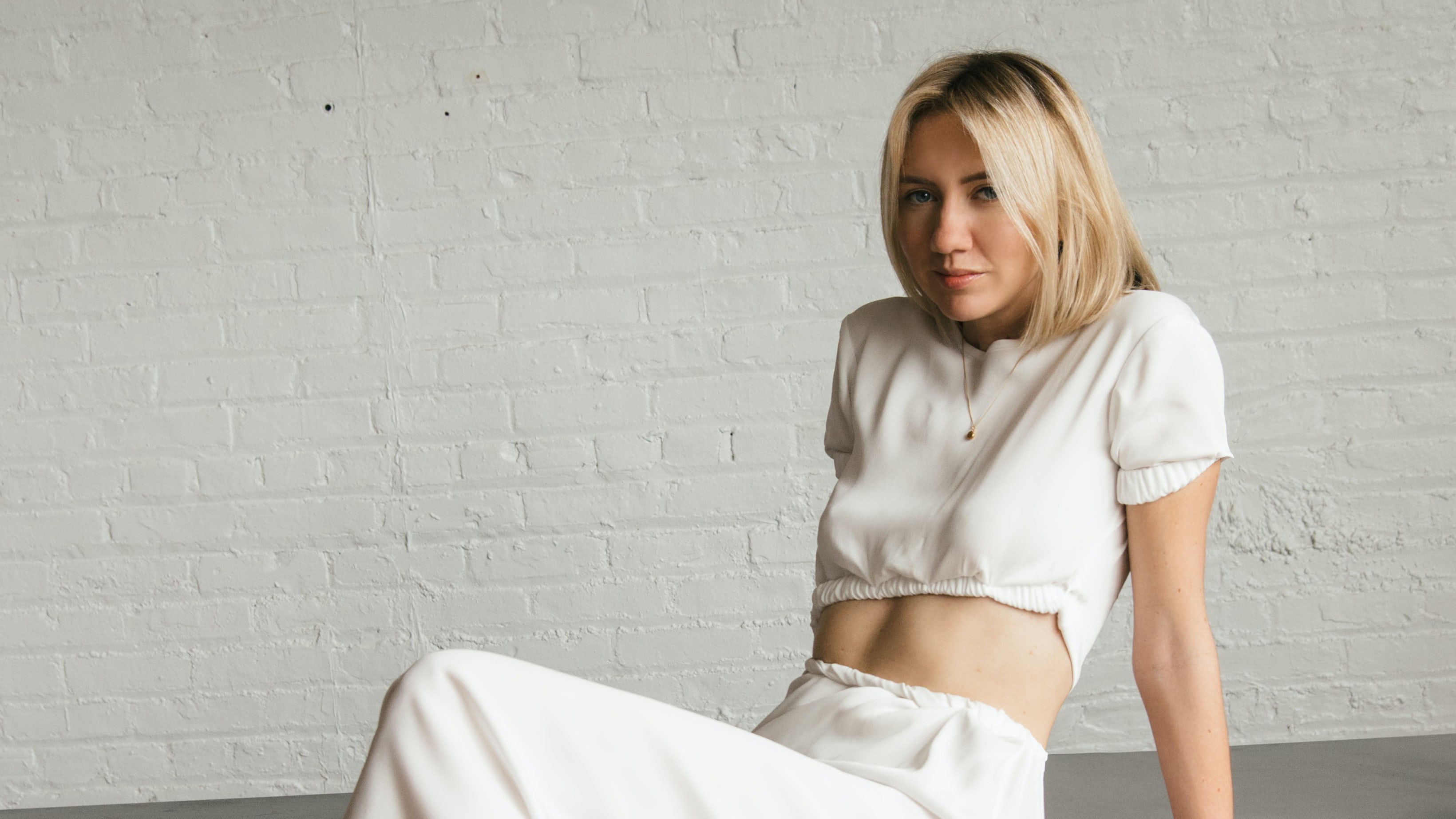 Authentic Brands Group names new president of EMEA region. Henry Stupp, the former chief executive of Apex Global Brands, will join the licensing company to lead expansion across the Europe, Middle East and Africa (EMEA) region, as well as India, from a new office in London. He will be joined by Taylor Morono, senior vice president of EMEA, in working toward growing the London office and developing the region. 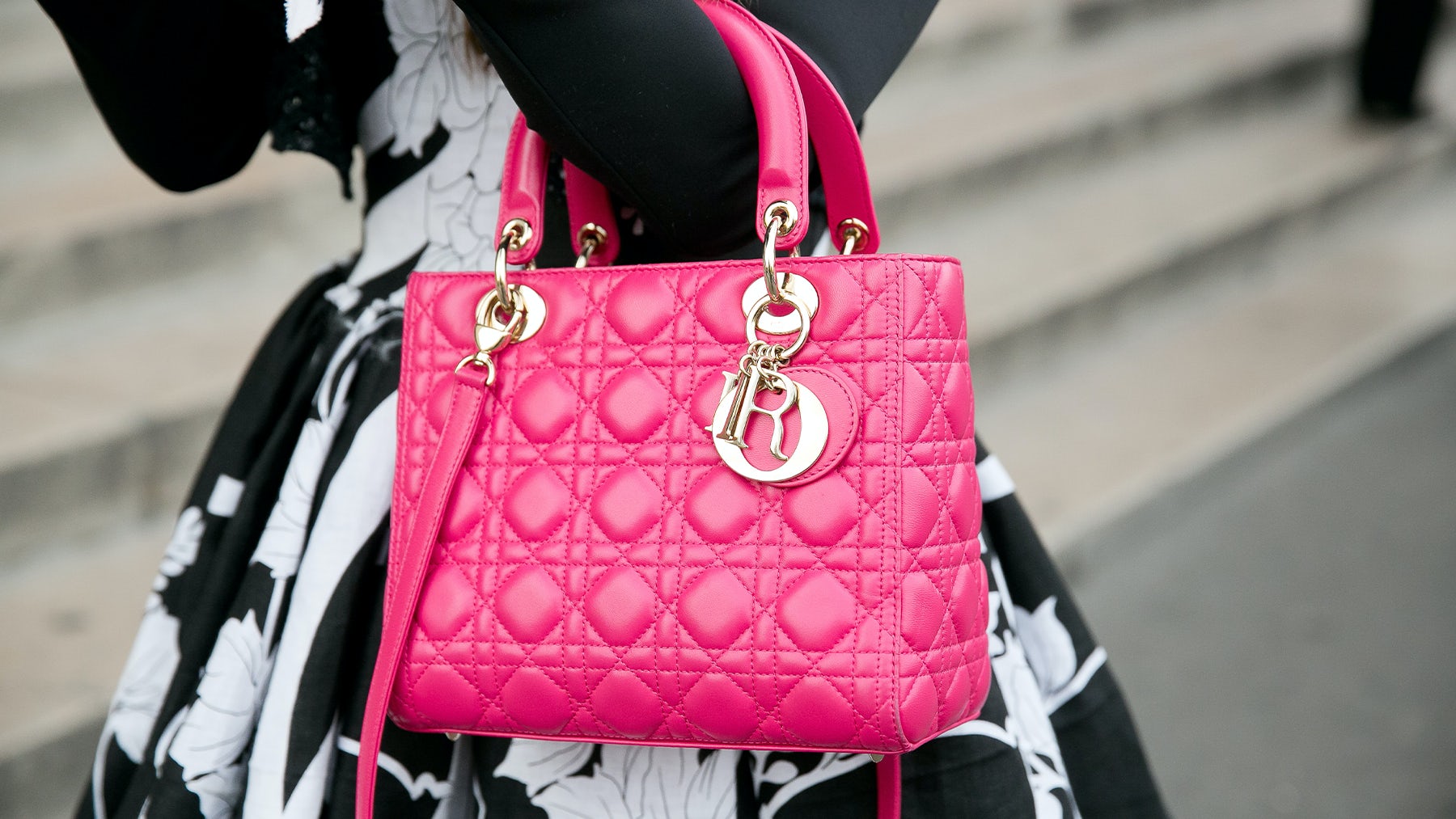 Neiman Marcus to acquire retail platform Stylyze. The machine-learning software as a service, or SaaS, platform recreates in-store experiences like styling, visual merchandising and clienteling for digital retail platforms. The terms of the deal were not disclosed, but the acquisition is part of a wider digital strategy at Neiman Marcus that includes $500 million in investments over the next three years.

Joor raises $46 million to build on pandemic growth. The digital wholesale platform will use the funds to fuel international expansion and accelerate efforts to enhance its services.

Shopify expands e-commerce pact with Google and Facebook. The Canadian technology company will open up its e-commerce checkout system to all retailers selling through Google and Facebook, expanding an existing collaboration with the two US giants and marking the first time Shopify has offered a product to merchants that don’t use its platform. 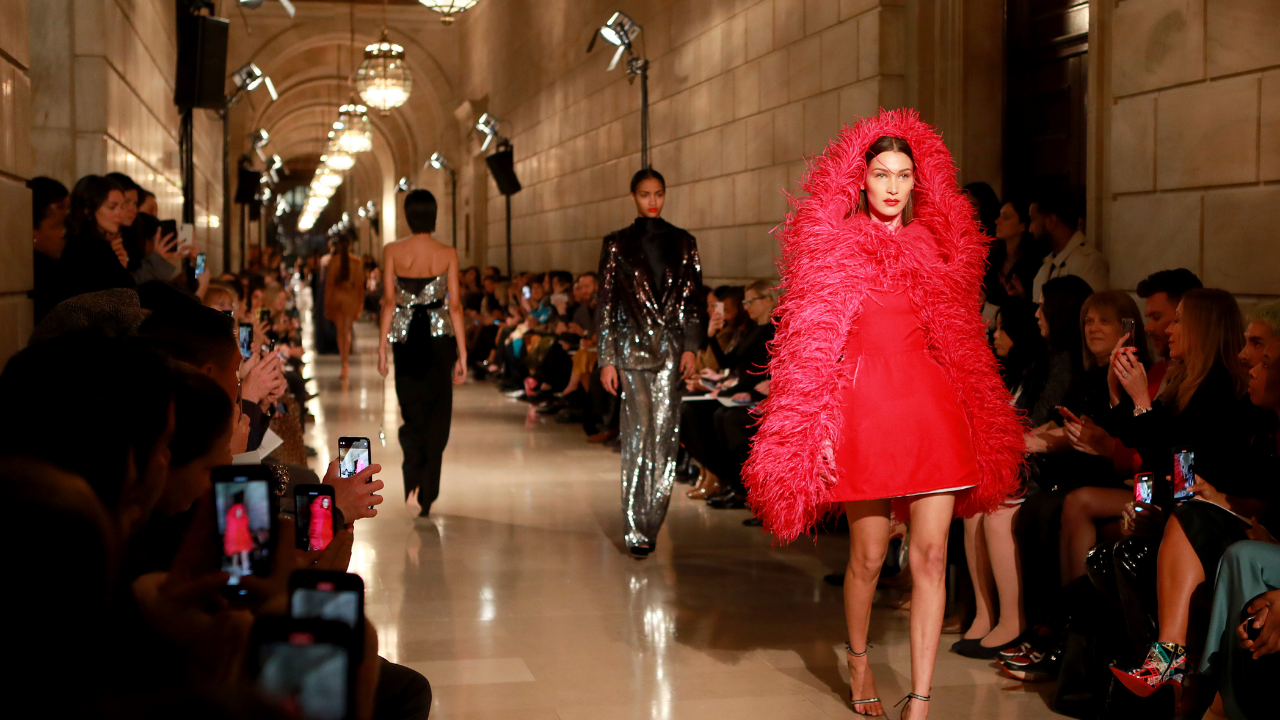 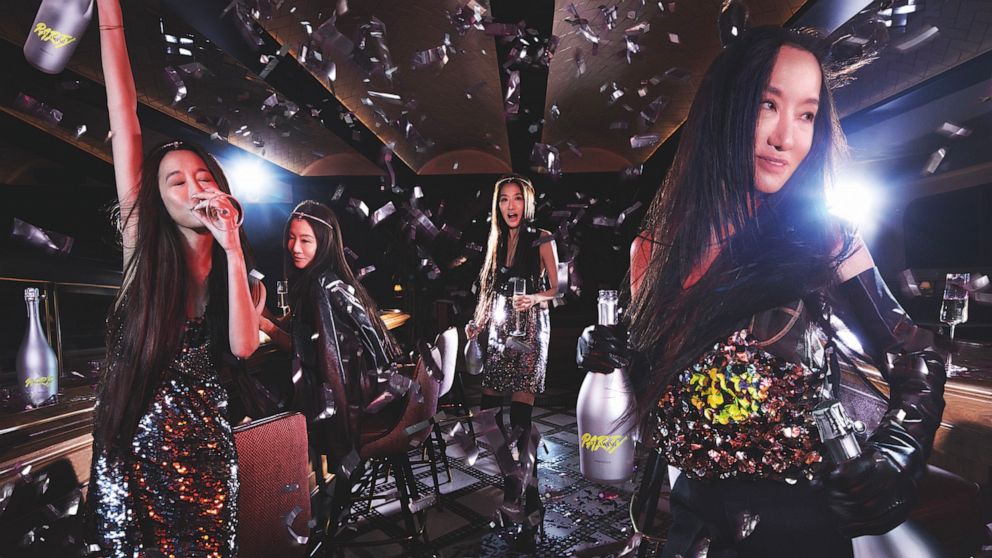 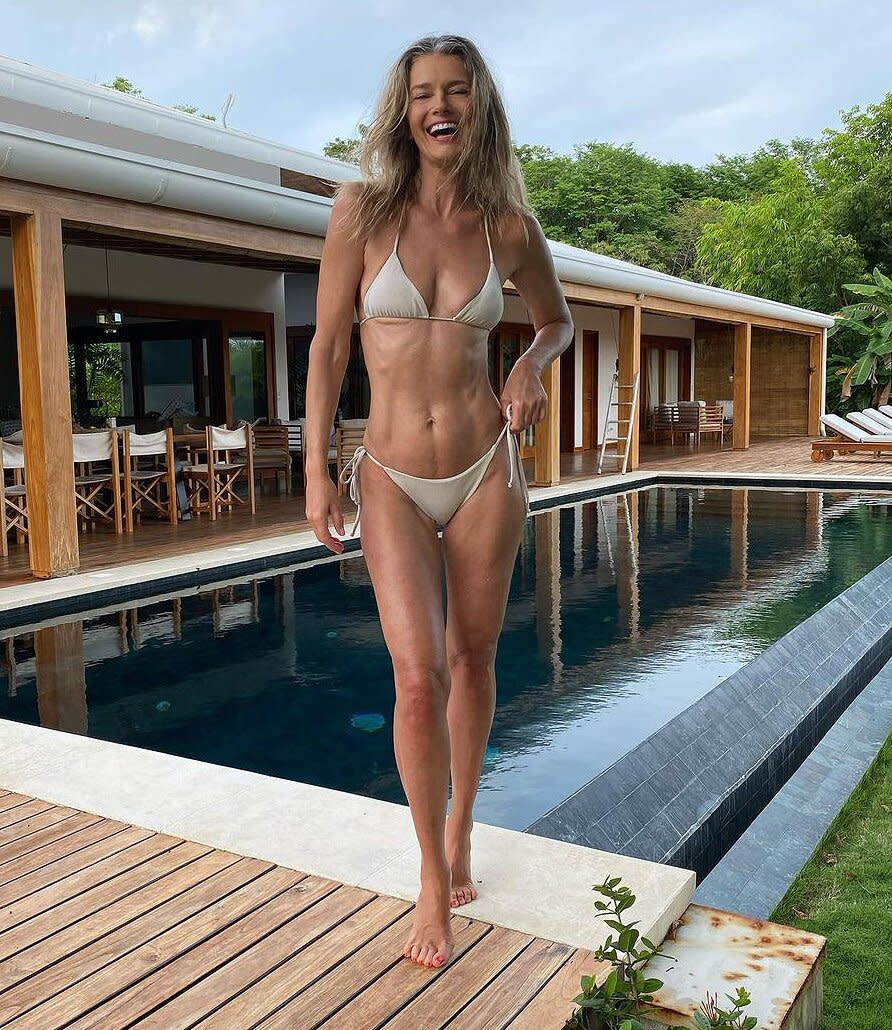